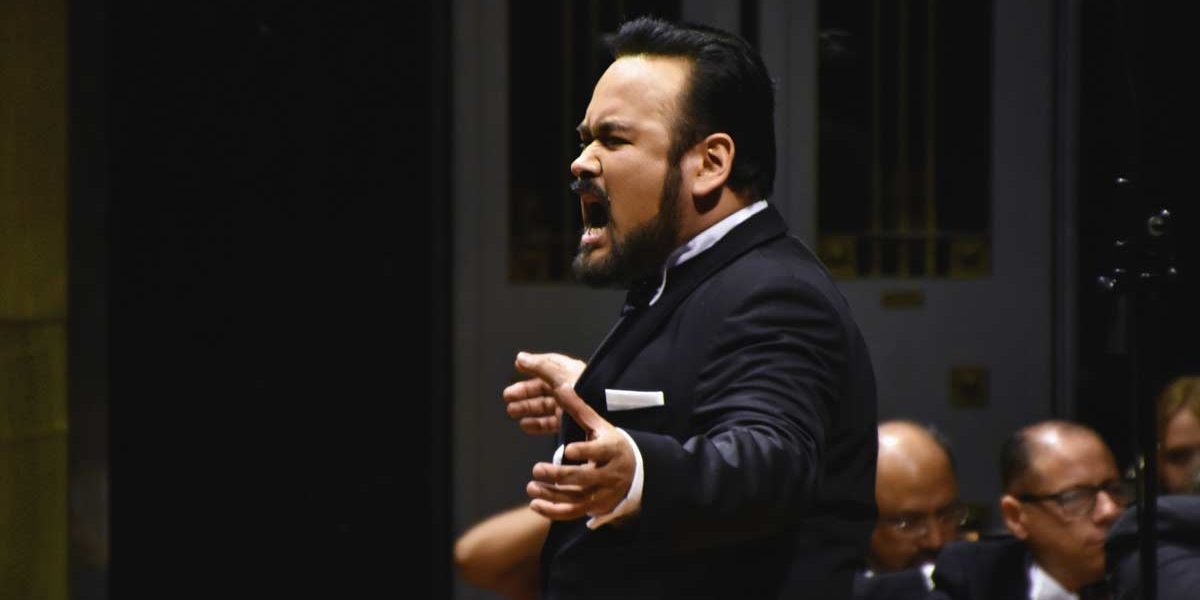 Currently, he is in Madrid with an intensive agenda: he sang one performance of “L´Elisir d´Amore” with tremendous success receiving such an ovation that he had to repeat the aria “Una furtiva lagrima”. With this new bis, Javier became the only singer to achieve such feat in 3 different productions at the Teatro Real. A few days later, he sang the annual “Gran Gala del Real” with great success accompanied by pianist Ángel Rodríguez.

Futhermore, he participated at the 200th anniversary of the Prado Museum, singing at its principal gallery Obradors´ “Del cabello más  sutil” with pianist Patricia Barton. Later on, he interpreted “Las Mañanitas” (the typical Mexican birthday song) accompanied by the mariachi “Charros de Jalisco”. Museum staff and members of the Madrid press shared in this historic celebration.

On November 30th, Maestro Camarena will debut the role of Gualtiero in the new production of Bellini´s “Il Pirata” at the Teatro Real, under the baton of Maurizio Benini and the staging direction of Emilio Sagi. He will share the stage with Sonya Yoncheva, George Petean, Marin Yonchev, Felipe Bou and Maria Miró. (Performances on December 3, 6, 9, 12 and 15)

After Spain, Camarena will bid farewell to this fruitful and successful year singing Rossini´s “La Cenerentola” in Zurich alongside mezzosoprano Cecilia Bartoli (Performances on December 31st and January 2, 5 and 12, 2020)

Last but not least, this week the winners of the 2020 Opera News Awards were announced. Javier Camarena will receive this prize together with Thomas Allen, Diana Damrau, Ana María Martínez and Anthony Roth. The award gala ceremony will take place in New York on April 5th, 2020.