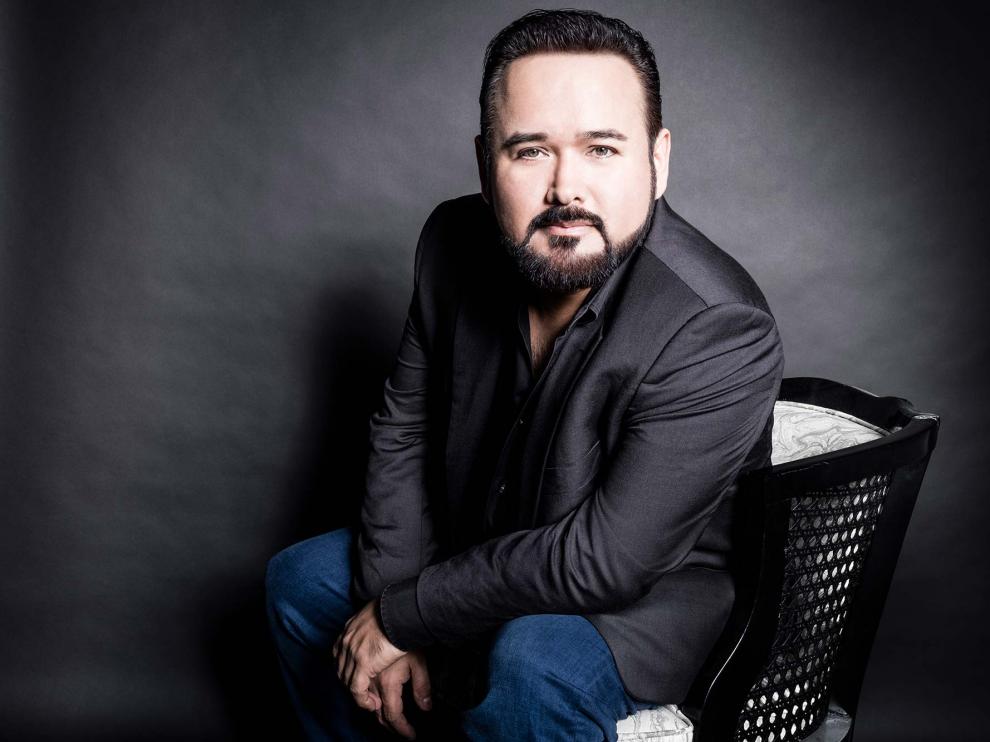 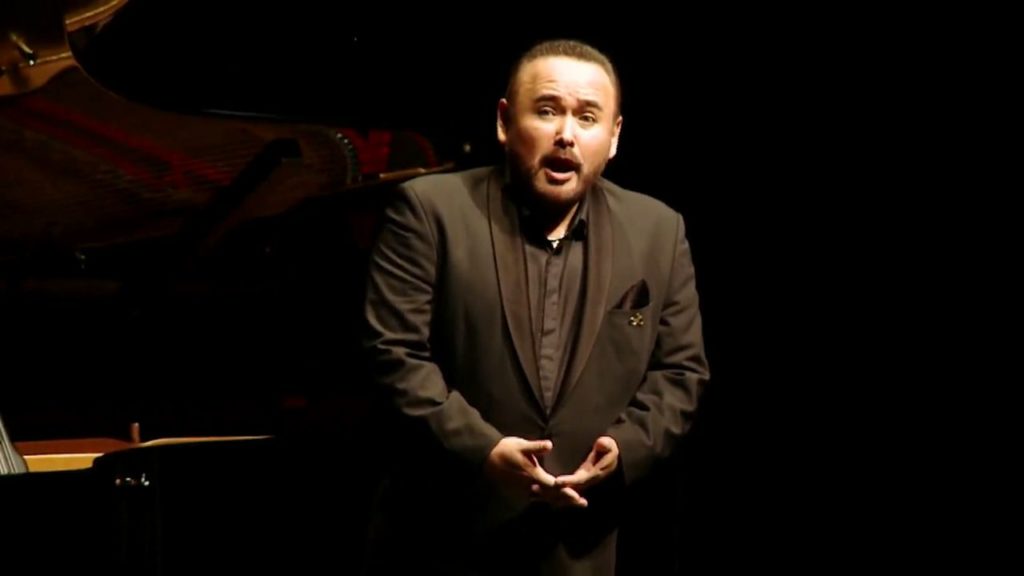 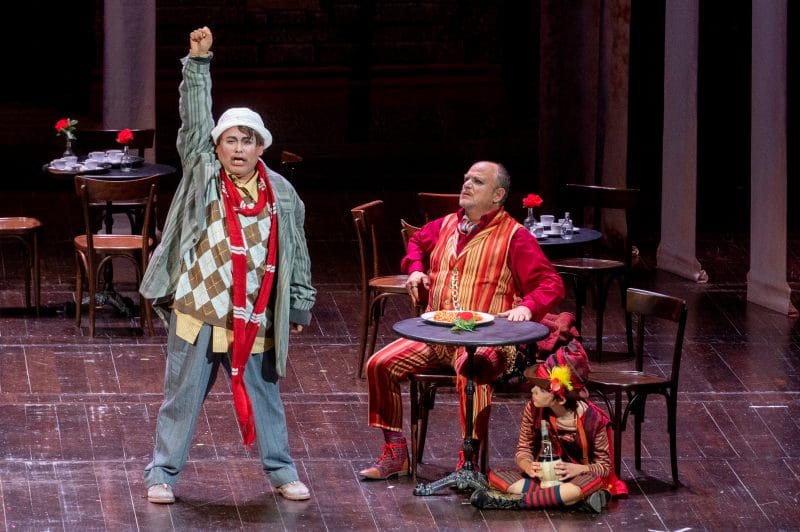 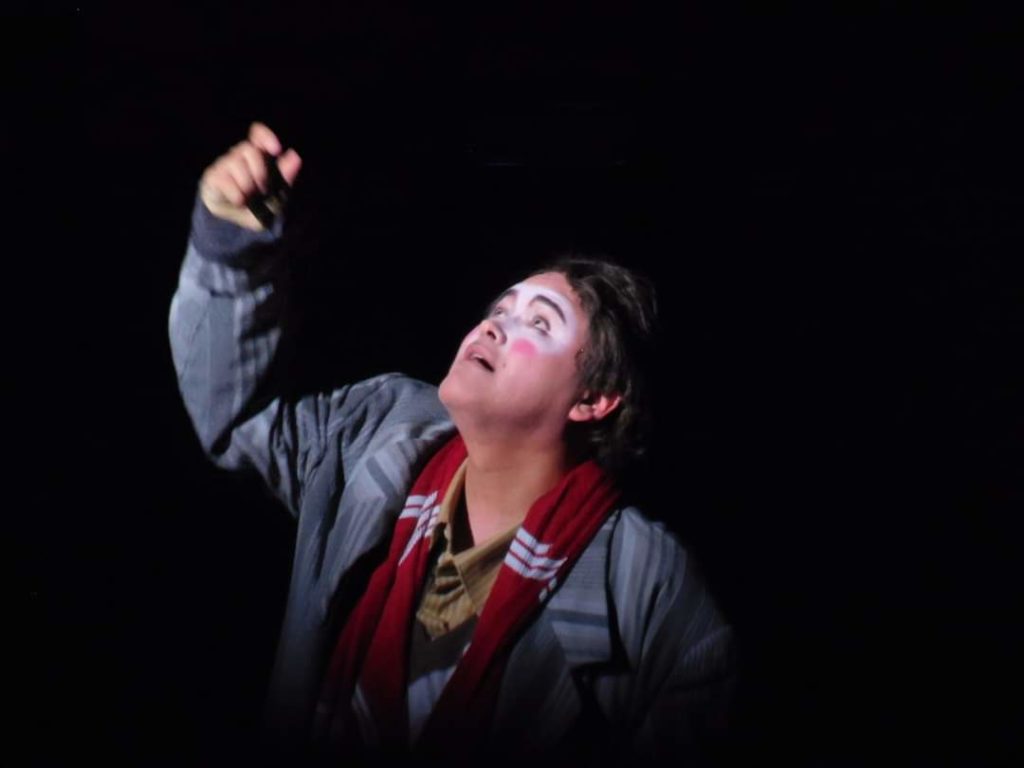 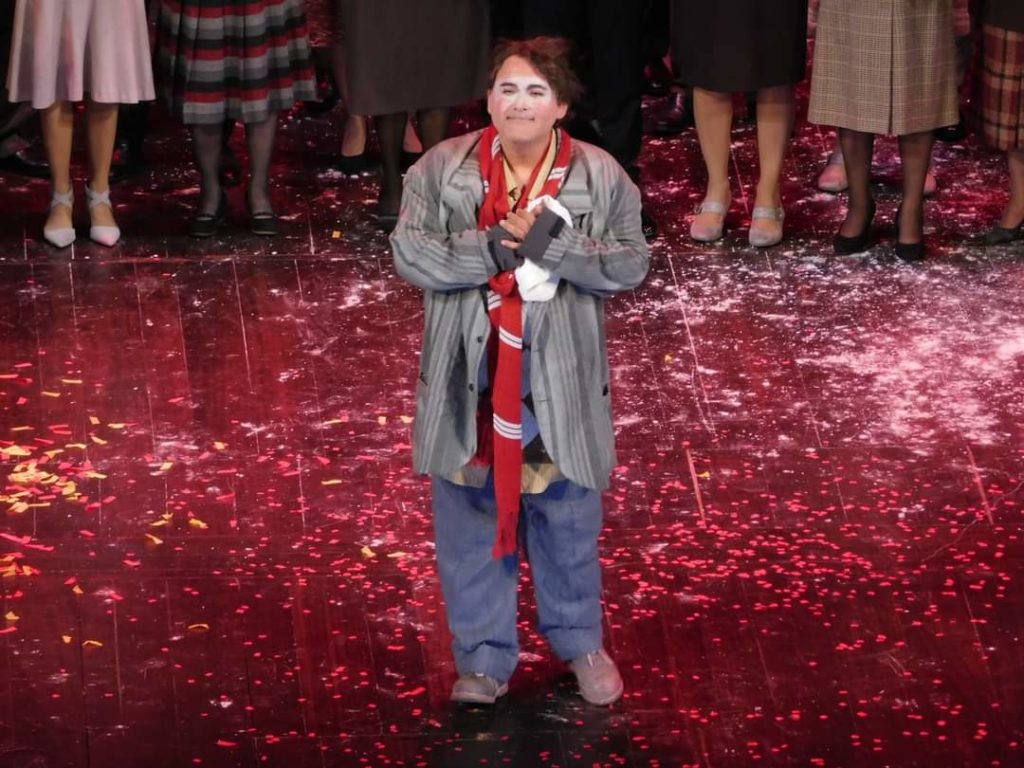 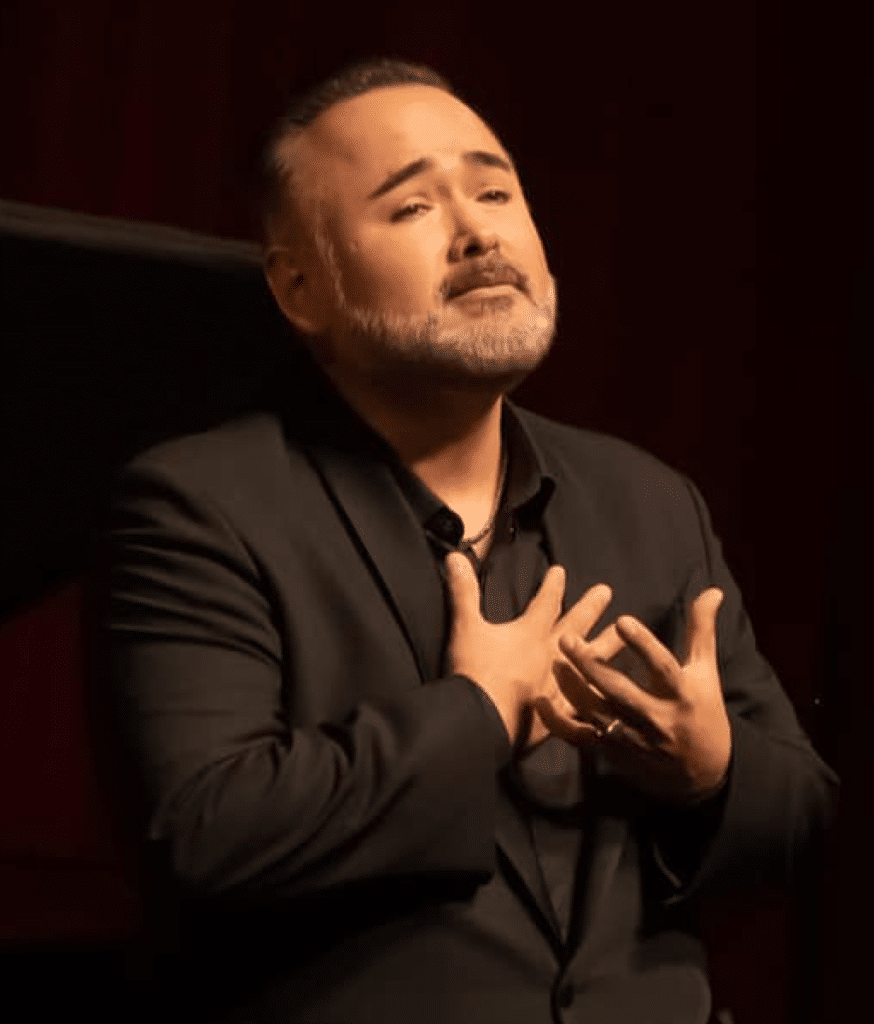 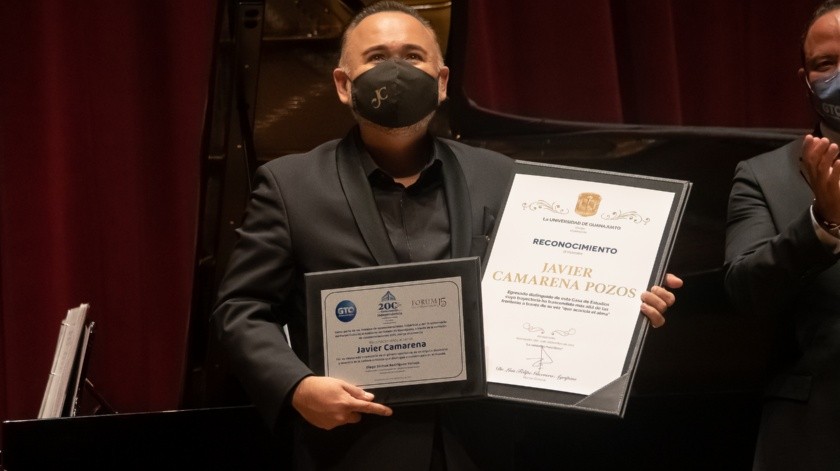 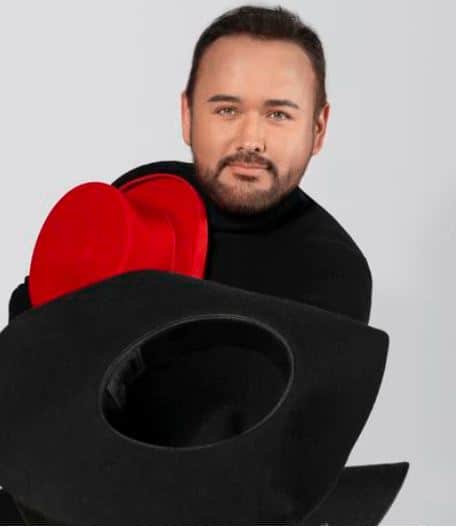 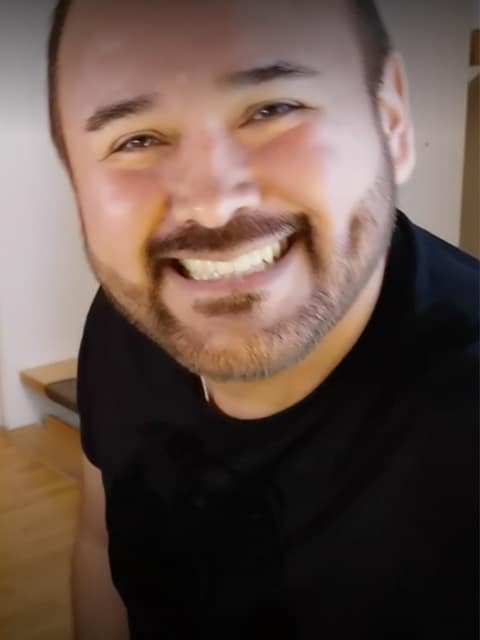 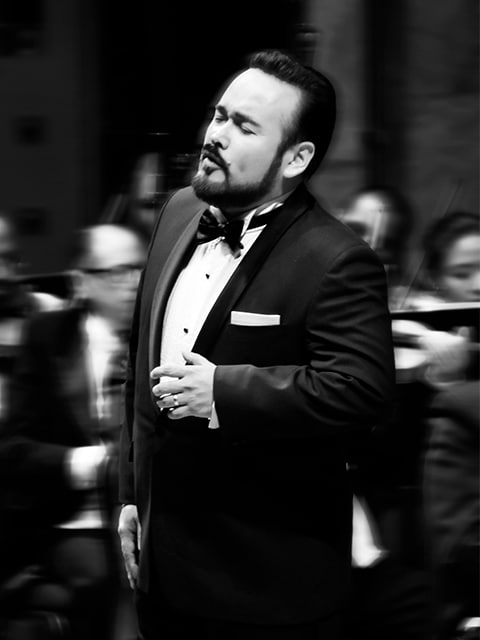 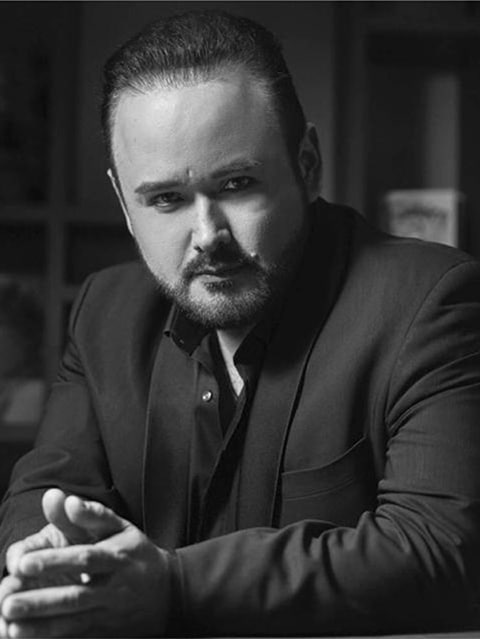 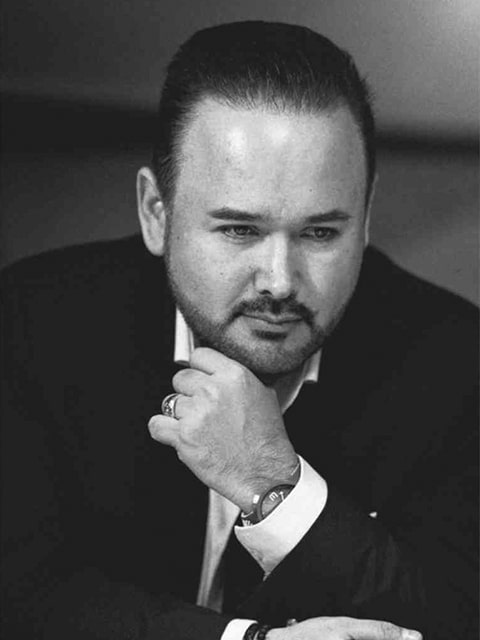 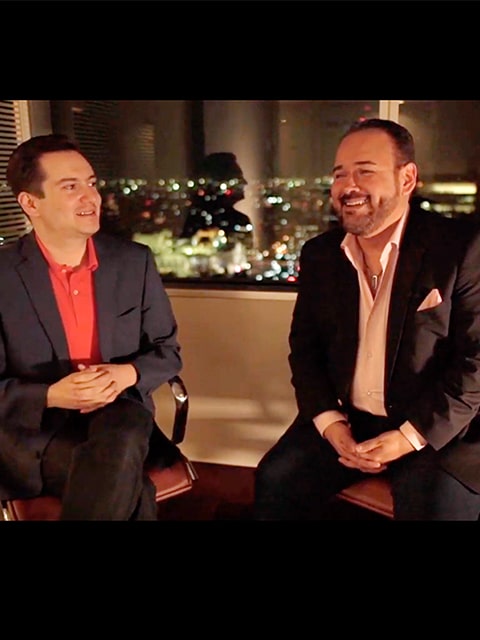 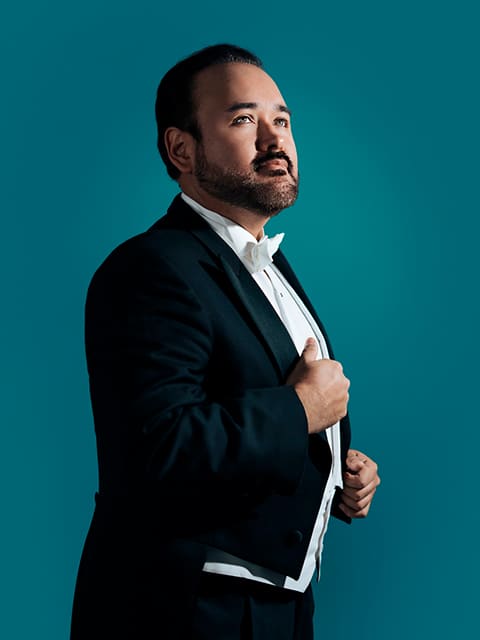 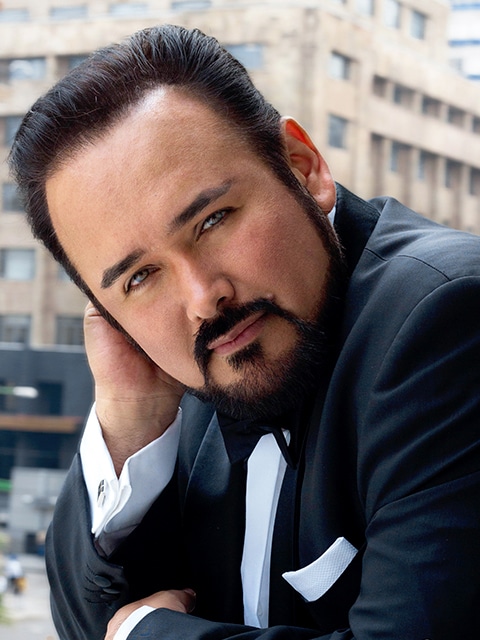 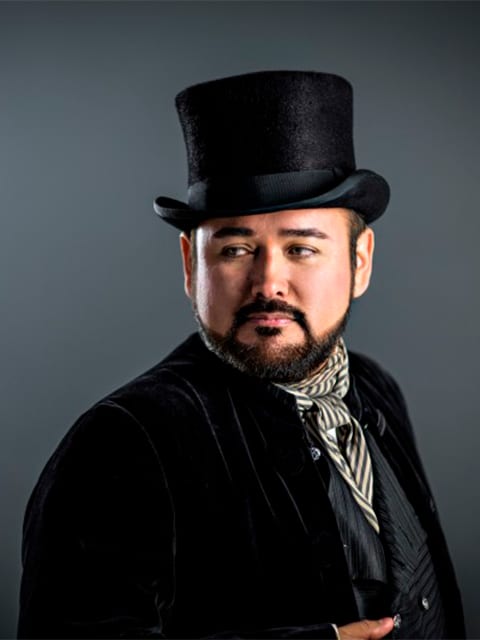 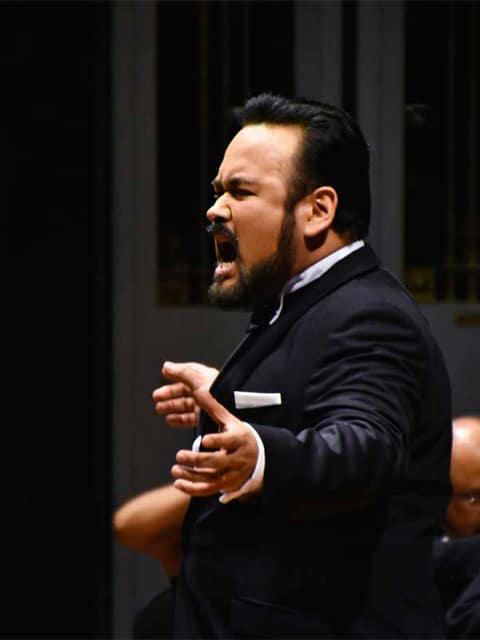 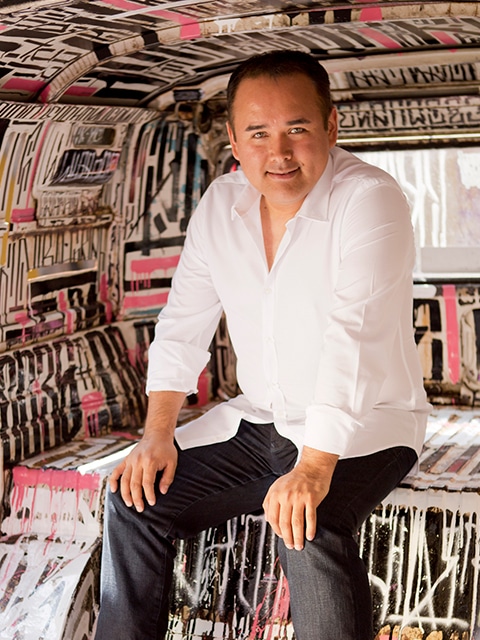 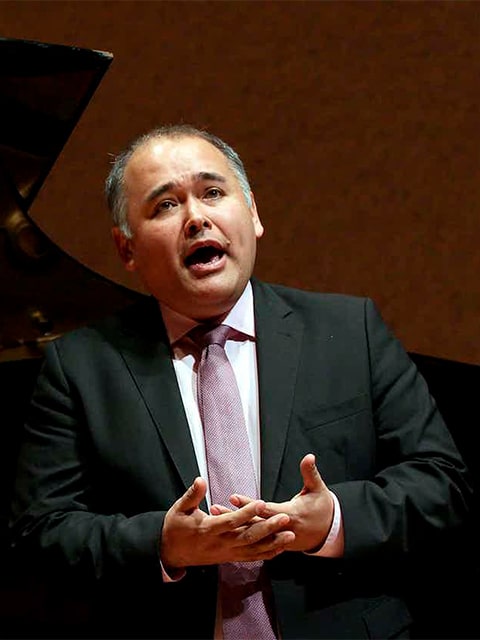 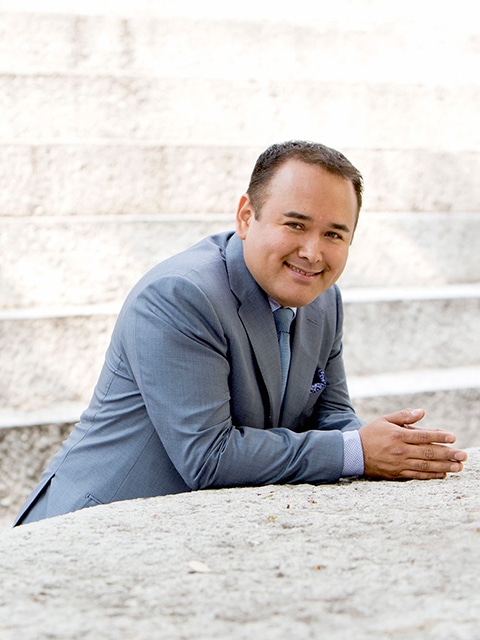 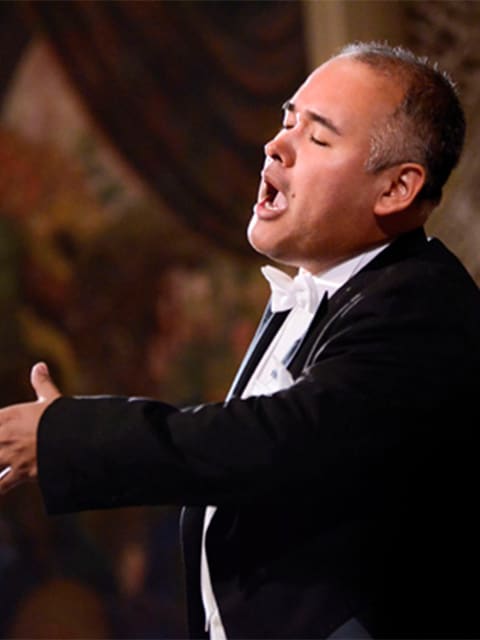 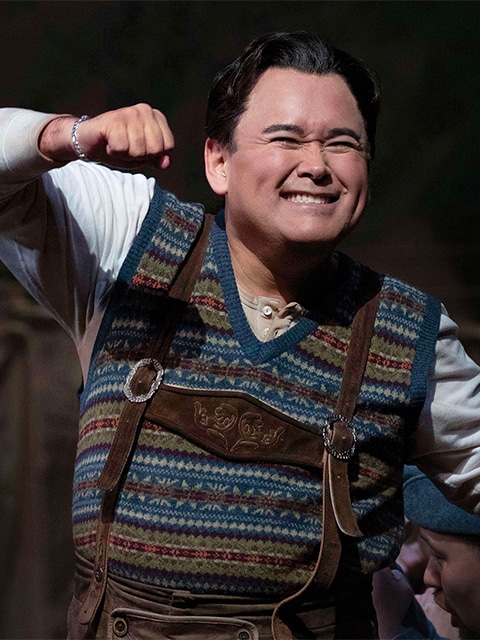 WHEN TENOR Javier Camarena appeared at the Metropolitan Opera last February, as Tonio in Laurent Pelly’s Fille du Régiment staging, he was met with rapturous cheers. When he hit eighteen thrilling high Cs in “Ah! mes amis,” those cheers exploded into roars. With equal parts breathtaking technique and radiant energy, Camarena doesn’t merely light up a house; he imbues it with warmth. His infectious smile, which can be seen wooing onstage lovers—and offstage fans and friends—is a defining element, conveying authenticity and joy that few artists can match.
Born in Xalapa, Veracruz, Camarena grew up listening to ABBA and the Bee Gees. He sang in church choirs, in rock bands, and at weddings. At nineteen, while studying to be an engineer in electrical mechanics, he changed his career path; his first interest was piano, but “My best chances were with singing,” he told NPR in 2016. His parents were not immediately supportive of the switch to music; his mother warned that he could end up sweeping streets. “Maybe I will,” replied the young Camarena, “but I will be happy.”
Now a celebrated bel cantist, Camarena dazzles audiences with his generous and confident stage presence. But the path wasn’t a straight shot: “It was a looong process in learning the technique, in discovering the sound of my voice,” he admitted in January, in an opera news cover story. It wasn’t until 2001, six years after beginning his studies, that he began to consider the true potential of his voice. Three years later, after taking first prize in Mexico’s Carlo Morelli competition, Camarena made his professional debut as Tonio in a 2004 Fille du Régiment at the Palacio de Bellas Artes; in 2007, he joined the ensemble at Zurich Opera. Since then, the tenor’s star has blazed ever brighter, his name inciting frenzied cries across opera’s biggest international stages, from Madrid, where he sang Lucia’s Edgardo in 2018, and Zurich, where he sang Don Ramiro to Cecilia Bartoli’s Angelina last December, to Paris, Salzburg, Munich, Los Angeles, San Francisco and more.
Listen to his Ernesto in the Met’s 2016 Don Pasquale, a role that earned him a rare encore at the house—his third. (Since 1942, only two others, Luciano Pavarotti and Juan Diego Flórez, have earned the honor.) His lament, “Cercherò lontana terra,” pierces the heart; his emotion is without bounds, his voice growing stronger, more resolute, against the crescendo in the orchestra, yet always pristine at the top. “It feels like a tsunami of sound coming to you,” Camarena said when asked about his anomalous encores. “It’s covering every single space in the theater. My stomach is shaking. But it’s not only about the applause, but it’s also the atmosphere. You can cut it with a knife. It’s really magical and joyful.”
It’s this atmosphere, stunningly still on the surface, bursting with life beneath, that sets a Camarena performance apart. And it’s an atmosphere nurtured to fruition only by an artist as thoughtful and as earnest as Camarena. There’s nothing about him that reads as false. Humble social media posts paying tribute to opera legends, animated behind-the-scenes video snapshots with smiling colleagues, and proud declarations of love for his family and closest friends all show Camarena to be an artist who not only cherishes what he does but gives back with his whole heart. “I really believe I am blessed by having the chance in this life of doing what I’m doing,” he told OPERA NEWS in January. “It’s a gift for sharing, and I love this, and I take it with the biggest responsibility that implies.” —Eloise Giegerich

Mr. Camarena’s breezy performance of the aria, complete with clarion, effortless high C’s, was so thrilling that the audience broke into an ecstatic ovation. So after exchanging glances with the conductor, Enrique Mazzola, Mr. Camarena sang it again: 18 high C’s for the price of nine. 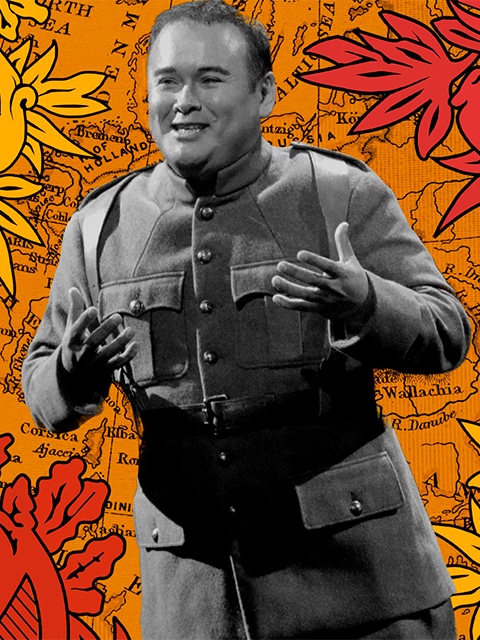 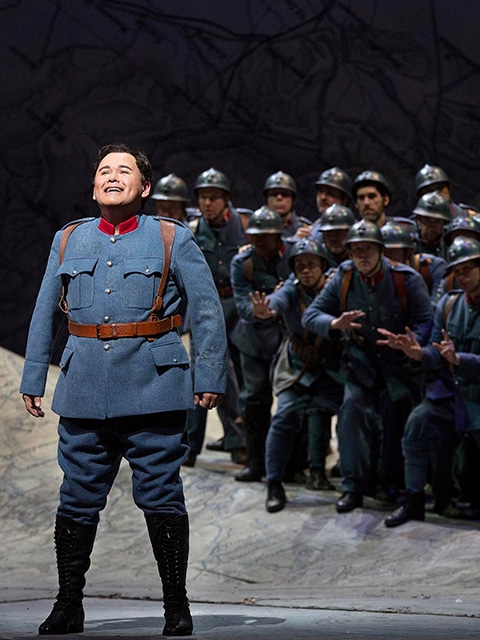 Tenor on Top of the High C’s in Donizetti Opera

When Javier Camarena explodes with joy singing nine high C’s in Donizetti’s “La Fille du Regiment (Daughter of the Regiment),” there’s a good chance the Metropolitan Opera audience will explode right back at him with demands for an encore.

“I will be very happy to do it but it doesn’t depend on me,” the Mexican tenor said in an interview after a rehearsal last month. “I always say this is the will of the public.”

Bowing to that will would be nothing new for Camarena, who has encored arias in two operas at the Met — Rossini’s “La Cenerentola” in 2014 and Donizetti’s “Don Pasquale” two years later.

He gave a melting rendition of the Act I aria “Je crois entendre encore,” spinning the haunting little melody into long phrases and showing a gorgeous, cushioned soft voice, floating pianissimos with ease in a high range where many tenors would struggle to sing at full voice. 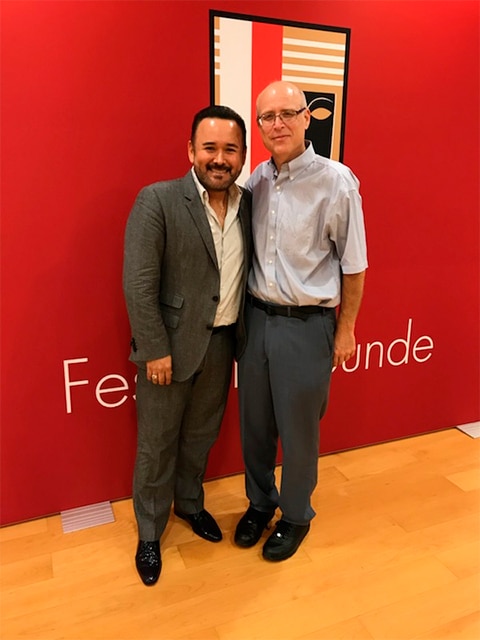 Javier Camarena continues a brilliant run of bel canto performances in New York. Rossini tenors have often been caricatured as pinched and nasal — you try to hit those high notes! — but Mr. Camarena is melting and nuanced, clarion in coloratura, his sound sunny and earnest. There’s no one better.

The pleasure this tenor takes in his voice is infectious, stirring memories of Pavarotti.

He sang with sweet and melting tone and was pitch perfect. His declaration of love for the Azema seemed heartfelt and totally real.

The night’s star was tenor Javier Camarena in the role of Idreno, where he showed off matchless agility, a bright tone, and gravity-defying top notes.

Camarena is one of the finest tenors in the world and he sang quite well on this evening, his two arias featuring blossoming vocal lines, confident top notes, and vibrancy that filled the theater quite well.

Daza…proved perfect foil for the secure, brightly eloquent tenor Javier Camarena, also from Mexico, making his company debut. Their duet, which opens the opera and is its best-known number, left a remarkable aftertaste of bitterness under its irresistible lyric sweetness, brilliantly setting the stage for the drama.

Camarena and Daza sang the opera’s most famous piece, the duet ‘Au fond du temple saint,’ (‘Deep in the holy temple’) with beautifully blended robust tones. At the same time, they gave the audience a real sense of the friendship between the two characters that was destroyed when they fell in love with the same woman, Leila.

So Javier Camarena sang three encores at the Metropolitan Opera. Big deal. In Chicago, the brilliant Mexican tenor favored the delirious crowd with four — count ’em, four — encores at his triumphant recital debut Wednesday night at the Harris Theater for Music and Dance. And the wildly clapping, cheering audience would gladly have stayed for more had he not waved them a cheery good night then and there.

Oops, he did it again. The dazzling Mexican bel canto tenor Javier Camarena earned another rare encore at the Metropolitan Opera during Saturday afternoon’s performance of Donizetti’s “Don Pasquale,” which was broadcast live on the radio.

Mr. Camarena excitingly sang the elaborate bel canto aria “E se fia che ad altro oggetto,” capped by a fearless high D flat. As Mr. Camarena’s Ernesto rushed offstage, having vowed to seek solace from heartbreak in faraway lands, the audience broke into such a frenzied ovation that I thought he just might return for an encore performance.

Every note he sings rings like a silver bell, and there is at least one high C, in his second-act aria that begins “Povero Enrico” and segues into the reflective “Cerchero lontana terra,” to send chills down the spine.

[I]n a piece like Bellini’s “La Sonnambula,” in which Mr. Camarena caused a sensation at the Met in 2014, he has few if any equals, guiding phrases with a poise that never feels artificial or mannered.

Best of all is the young Mexican tenor Javier Camarena as Horace. No wonder he was only the third singer in the history of the Metropolitan Opera to perform an encore onstage during his debut in The Barber of Seville last year.

Mr. Camarena has proved beyond a doubt he is one of the most thrilling tenors performing today. The roaring, stomping ovation that greeted his act two aria “Si, ritrovarla io giuro” was the unmistakable sound of a star being born.

One often encounters a trace of an edge in voices of this type, but Camarena actually appears to gain heightened roundness and aural plush above the staff, which allows his intrinsically lightly textured sound to acquire a heroic ring.

What makes Camarena’s voice especially noteworthy is the power and technical sheen of his singing, which provided several thrilling high-flying moments.

Best illustrated by an encore comprising La danza, Core ‘ngrato and a triumphant Nessun dorma, Camarena’s delivery is one of class in all colours of the spectrum.

Camarena’s firm, flexible vocalism — and his ardent tone in the role’s serenades — earned him the biggest ovations of the night, particularly in the Count’s rarely-performed Act II aria, “Cessa di piu resistere.” 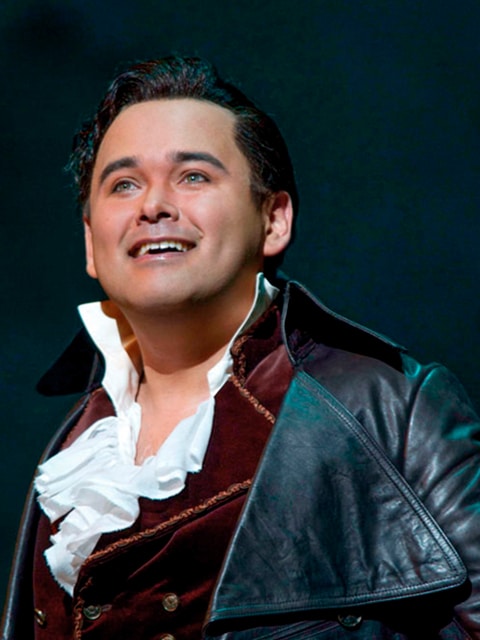 Javier Camarena’s Met debut last season gave New York audiences a chance to hear a tenor who has been attracting a healthy amount of attention in Europe (and on YouTube) in recent seasons. In Zurich, Paris, Vienna and other cities, Camarena has been admired for the beauty of his performances in a repertory that has very few international-rank practitioners.

The climactic note at the end of this aria is breath-taking, Camarena holding the high C through the orchestral coda.

The most important conclusion, however, is that Bellini’s “Sonnambula” is worth seeing for Damrau and Camarena alone.

Javier Camarena: the tenor whose talent justifies a towering reputation

Camarena chose repertoire with which he just couldn’t have gone wrong, but he followed up expectation with perfect delivery. It’s no wonder that he holds rank along with Pavarotti and Flórez, as the third singer in 70 years to encore an aria at the Metropolitan Opera.

JAVIER CAMARENA had a career-making hit during his last engagement at the Met, in 2014. This season, the tenor phenom returns to New York as Ernesto in Don Pasquale.

When he hit the D flat at the end, the audience went wild to the extent that Camarena came back for an encore–one of the few times in Met history that has occurred.